Pagets disease is a progressive disease of bone affecting primarily the middle aged and elderly. The most common otolaryngic manifestation is hearing loss , which is related to  involvement of the skull.

Paget ’s disease of bone (PDB) is a focal or multifocal disease of bone remodeling in which transformed, multinucleated osteoclasts excavate bone at a greatly accelerated rate. Cycles of osteolysis and repair continue to remodel affected bone as the lesion slowly enlarges. Pagetic bone becomes highly vascular and thicker but structurally weaker.

PDB occurs mainly in middle and later years. The disease is more prevalent in men than in women, ranging from 1.4 to 1.9:1 in various surveys. PDB is most common in North America, Europe, Australia, and New Zealand. It is more common in the United Kingdom , the Low Countries, France, and Ger many and less prevalent in Scandinavia. It is relatively uncommon in Africa and Asia.

Evidence supports viral and genetic etiologies for PDB . Pagetic osteoclasts contain viral mRNA and inclusions that resemble paramyxoviruses . Vectors containing measles virus genes can convert osteoclast precursors to pagetic-like osteoclasts. A positive family history of PDB has been reported in 1% to 40% of cases in various clinical series. Familial occurrence supports a dominant inheritance pattern with variable penetrance. Susceptibility loci have been mapped to chromosomes 18q21-2 2, 18q23, 6p21.3, and other locations. SQSTM 1 , a gene on chromosom e 5q35 also associated with PDB, encodes a protein, p62 (sequestosome 1), which is involved in several signaling pathways important in osteoclast differentiation and activation. No single locus is associated with a large proportion of familial cases.

Normal bone undergoes continuous remodeling in an organized focal process. Osteoclasts excavate existing bone, creating a channel up to 40 to 60 mm deep within 4 to 12 days. This channel is repaired by osteoblasts in a coupled process over a period of two to three months. A feature unique to remodeling in the normal mammalian otic capsule is the sparing of a 400μm wide zone surrounding the perilymphatic space.

Pagetic osteoclasts are larger, contain many more nuclei , and are far more active resorbers of bone than normal osteoclasts. The pattern of resorption in PDB is unrelated to the structural requirements of bone. Pagetic bone has a mosaic appearance of multiple cement lines that develop as pagetic osteoclasts and reactive osteoblasts repeatedly break down and repair areas of bone.

Paget’ s disease typically results in thickening and enlargement of the skull, which expands outward, so the intracranial space is not compromised. Later, thickening and sclerosis predominate, often producing a characteristic “ cotton wool ” appearance on radiographs.

Histologic studies in cases with pagetic hearing loss have demonstrated that hair cells and spiral ganglion cells remain intact. Auditory-evoked potentials are normal. The internal auditory canal  lumen is not compromised. Conversely, both the sensorineural hearing loss an d the air-bone gap in PDB are closely associated with the loss of bone mineral density in the cochlear capsule.

SITE:Paget’s disease may affect any bone in the body, but it most commonly involves the skull (about 30% of cases), pelvis, long bones, and spine.

Often, patients are asymptomatic, and the diagnosis is made incidentally from radiographs, bone scans, or an elevated serum alkaline phosphatase level.

Computed tomography (CT) scans are confirmatory. Technetium bone scans will demonstrate the areas of the skeleton that are involved. Confirmatory biopsy is rarely indicated. Radiographs may show lytic lesions that need to be differentiated from cancer metastases and other lesions. Sclerosing appearances develop later in the course of the disease.

Calcitonin and etidronate were the most commonly used medications for treatment of Paget’s disease in the past. These have declined in usage since the arrival of newer bisphosphonates ,which are more successful in controlling the disease with limited side effects. When the rate of bone resorption is controlled by medication, the rate of bone formation is gradually reduced. Lytic areas are at least partially repaired, and the new bone formed has a more normal lamellar appearance. Serum alkaline phosphatase levels and urinary hydroxyproline excretion approach normal values. Patients need to be followed indefinitely because the pagetic process usually resumes if treatment is discontinued.

Treatment may slow the progression of hearing loss but does not reverse the deficit or correct deformities of bone, even if biochemical markers are normalized. Surgical exploration, stapedotomy, and ossicular chain repair are generally not indicated because ossicular function is not impaired, even when the characteristic air-bone gap is present.

The goal of treatment is to relieve bone pain and prevent the progression of the disease. The U.S. Food and Drug Administration has approved the following treatments for Paget’s disease:

Five bisphosphonates are currently available. In general, the most commonly prescribed are: risedronic acid (Actonel), alendronic acid (Fosamax) and pamidronic acid (Aredia). Etidronic acid (Didronel) and other bisphosphonates may be appropriate therapies for selected patients, but are less commonly used. As a rule, bisphosphonate tablets should be taken with 200-250 mL (6–8 oz) of tap water (not from a source with high mineral content) on an empty stomach. None of these drugs should be used by people with severe kidney disease.

Etidronate disodium (Didronel) in tablet form is available in 200–400 mg doses. The approved regimen is once daily for six months; the higher dose (400 mg) is more commonly used. No food, beverage, or medications should be consumed for two hours before and after taking. The course should not exceed six months, but repeat courses can be given after rest periods, preferably of three to six months duration.

Alendronate sodium (Fosamax) is given as tablets of 40 mg once daily for six months; patients should wait at least 30 minutes after taking before eating any food, drinking anything other than tap water, taking any medication, or lying down (patient may sit).

Tiludronate disodium (Skelid) in two tablets of 200 mg are taken once daily for three months; they may be taken any time of day, as long as there is a period of two hours before and after resuming food, beverages, and medications.

Risedronate sodium (Actonel) as a 30 mg tablet taken once daily for 2 months is the prescribed regimen; patients should wait at least 30 minutes after taking before eating any food, drinking anything other than tap water, taking any medication, or lying down (patient may sit).

Zoledronic acid (Reclast, Aclasta) is given as an intravenous infusion; a single dose (5 mg over 15 minutes) is effective for two years.

Miacalcin is administered by injection; 50 to 100 units daily or three times per week for 6–18 months. Repeat courses can be given after brief rest periods.

Medical therapy prior to surgery helps to decrease bleeding and other complications. Patients who are having surgery should discuss treatment with their physician. There are generally three major complications of Paget’s disease for which surgery may be recommended.

Fractures — Surgery may allow fractures to heal in a better position.

Severe degenerative arthritis — If disability is severe and medication and physical therapy are no longer helpful, joint replacement of the hips and knees may be considered.

In general, patients with Paget’s disease should receive 1000–1500 mg of calcium, adequate sunshine, and at least 400 units of vitamin D daily. This is especially important in patients being treated with bisphosphonates; however, taking oral bisphosphonates should be separated from taking calcium by at least two hours, because the calcium can inhibit the absorption of the bisphosphonate. Patients with a history of kidney stones should discuss calcium and vitamin D intake with their physicians. 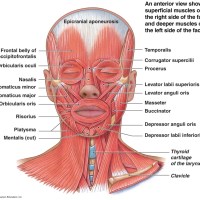 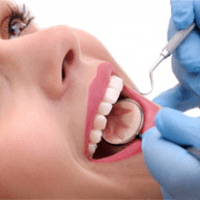 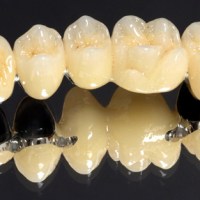 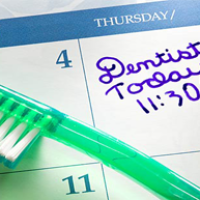